THIS VIEW OF LIFE 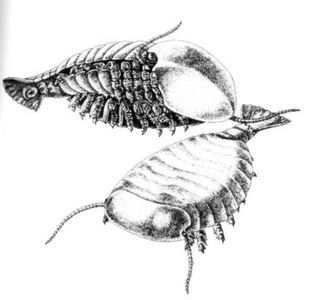 A recent Washington Post article discusses new scientific findings that suggest "evolution is not just real but is happening to humans right now." According to the article, "Signals of natural selection are incredibly widespread across the human genome. . . . Everywhere we look, there appears to be very widespread signals of natural selection in many genes and many processes." So says Jonathan Pritchard, a geneticist at the University of Chicago, which, by most accounts, is a pretty good school.

Pictured at the outset of the article in the clever morphing gif is Stephen Jay Gould, a paleontologist and evolutionary biologist who taught at Harvard for a number of years and wrote prolifically about evolution.

Every month for 27 years Gould published an essay in Natural History magazine under the thematic title "This View of Life," the inspiration for the title borrowed from the last paragraph of Darwin's Origin of Species: "There is grandeur in this view of life, with its several powers, having been originally breathed into a few forms or into one; and that, whilst this planet has gone cycling on according to the fixed law of gravity, from so simple a beginning endless forms most beautiful and most wonderful have been, and are being, evolved."

Gould was pretty damn good at identifying patterns and analogues between scientific concepts and other broad or "universal" abstractions that Gould would draw from the limitless diversity of other fields of study and interest. He would then paint elegant parallels between these diverse concepts to illustrate or illuminate often subtle (and sometimes controversial) scientific ideas, most often pertaining to a precise aspect of evolutionary biology.

In one notable case indicative of the breadth of the subject matter from which Gould derived his canvas of ideas, he examines in truly excruciating detail the disappearance of .400 hitting in baseball and then draws some remarkable analogies between this decline in excellence and the development of complex life forms on Earth.

In another essay - in fact, his last essay for Natural History - Gould illustrates a graceful parallel between the miracle of uninterrupted continuity of life on Earth and our personal unbroken genealogical continuity, one commonality being our apparent innate desire to understand the full lineage and history of both.

Bridging both aspects of the continuity of life by an additional parallel to Gould's span of consecutive essays published in Natural History - 300 months without fail - Gould explains his inspiration for this last essay: "If continuity so tugs at our heartstrings and so defines our sense of being within the expanding totalities of a personal family, the full human species, and the entire tree of life—and if unbroken continuity defines both the awe of 'this view of life' and the conceit of a little literary microcosm also called 'This View of Life'—then how else can I end except with a paean to continuity on both scales?"

Most poignant is Gould's conclusion to this last essay in which Gould, perhaps unconsciously prevising his impending mortal exit, recalls words written by his maternal grandfather upon his 1901 arrival in America as a 14-year-old boy after traveling from Europe by ship. He wrote simply, "I have landed." These words of beginning, so auspicious and hopeful when penned by his grandfather 100 years prior, were Gould's humble yet eloquent words of conclusion.

Gould died in May 2002 from cancer at age 60, only 14 months after the printing of his last essay. I remember learning about his death from the front page of USA Today. I was living in Hickory at the time, and I had agreed to meet a friend for lunch at the The Olde Hickory Tap Room, a restaurant and brewery local to Hickory that serves some excellent dark beers, a pretty good appetizer of "pub chips," and a very convincing black-bean burger (I have yet to taste its equal).

I seem to remember that the parking lot outside the Tap Room still offered evidence of an earlier rain, but the sun had arrived before noon and I distinctly recall feeling optimistic about the day and the approaching weekend. I had arrived a few minutes early for lunch, and I needed something to occupy my mind until the arrival of my lunch companion.

The occasions on which I do not have at least two books in my car are extremely rare. (At present I have a collection of Mencken essays in the front seat and my now-tattered copy of You Can't Go Home Again in the back seat.) Nonetheless, on this mixed-weather day in May four years ago, I was without tome or text of any sort, so my neurotic desire to read impelled me to pick up a newspaper.

USA Today is usually my last choice for a paper, so I can only assume that other papers of record were not available. I turned the top section of the paper up to read it as I walked quickly and happily down the brick sidewalk along the storefronts toward the Tap Room. The notice that Gould had died was placed in the upper right-hand corner of the paper, and it stopped me cold. Truly, it shocked the hell out of me. I stood and stared at the paper in complete disbelief.

I never made back to work that afternoon. Instead I remained at the Tap Room with some friends and we consumed a veritable shit-load of dark beers in Gould's honor and memory. As the day progressed and smoke from the afternoon's cigarettes silently augmented the long-fuliginous corners of the bar, my despair waned under the power of the alcohol and Gould's fleeting life and demise seemed to grow more distant . . . yet I retained sufficient presence of mind to remain thankful for the man and the sense of wonder he had reinforced in me with his insight and ardent passion for learning and knowledge.

Gould developed stomach cancer in 1982, but he had overcome the disease, and I knew this because I had read much of what Gould had written in regard to his bout with cancer. I had not heard prior to that day in May 2002 that his malady had returned. Still, I felt a profound sense of loss upon reading of his death.

Of course I did not know Stephen Jay Gould, nor did I ever meet him or even exchange correspondence with him. For all I know, the man might have been a royal ass, and a friend of mine who had occasion to interact with Gould attests that may have been the case. As such, it is perhaps foolish of me to have been so moved upon learning of his death, for I did not know him, and it could be argued that we should reserve such feelings for those whom we know sufficiently well to warrant such emotion.

Yet, I had read most of Gould's books and essay collections (except, most notably, The Structure of Evolutionary Theory, a 1400-page treatise that one could more easily find utility for as a tire scotch or bed lift than as reading material given its technical nature and length), and almost without fail I found his writings to be a nearly endless source of magnificent information and wonder.

At some point in my life - when I was still but a boy of 11 or 12 - most of the useful information I had learned up to that time was gleaned from the pages of National Geographic, which my parents kept in disordered stacks in the corners of our upstairs library. Now, having aged slightly since that time, I attribute much more of my knowledge and understanding of the universe - and indeed, life - to the wonderful insight of Gould. We are fortunate that he lived; he left us better than he found us.

Seeing Gould's visage on the Washington Post Web site made me miss him again. I raise my glass - a dark beer, not from the Tap Room, but perhaps close enough - in his memory.

Click here to view a short photo journal about Gould put together by Jill Krementz (author, photographer, and wife of Kurt Vonnegut). 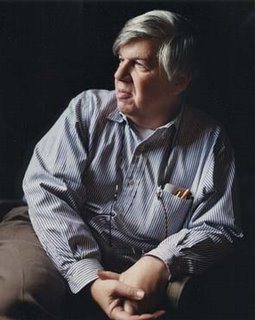 It's not really cool to make people think about drinking dark beer while they're trapped at work like so many crazy, beer-thirsty rats. Bad form, man. BAD form.

Draught, at least you can access Blogspot from work. At mine it's classified as a "chat" and blocks my ass. Course, maybe that saves me from *excessive* beer thoughts during working hours?

Beautifully written, E.K. While the thought of reading the works of SJG makes me want to burn myself with a cigarette, your homage is eloquent and compelling. Your post doesn't make me crave a dark beer like Anita and Warmest (c'mon people, this is serious!!), but it does makes me thankful that SJG left his mark on the world. Naaah, I'm really just craving the hell out of a black-bean burger. What are you doing for lunch??

Isn't "hermione" the word for someone born with both male and female sex organs? (Just kidding ... I'm familiar with the whole Harry Potter thing.)

And by the way, I'm sure it is quite impossible to have "excessive" beer thoughts whilst at work, even if your family cladogram happens to include members of the Rodentia family (small, gnawing mammals).

AS IF you were "reading" those National Geographics. We all know full well you were just flipping through them, looking for naked aborigines.

I must agree with everyone else about the gratuitous reference to an afternoon of dark beer drinking. It made me positively ache for those days (prior to children) when ordering a beer at lunch on Friday meant that little, if any, work was going to get done until Tuesday at the earliest.

I think it would be good if someone were to go back and put together a collection of those naked aborigines and publish them in magazine format. It could be called "The Girls of National Geographic," a la "The Girls of the ACC" or "The Girls of the Big Ten." I'd buy it.